The United Kingdom is a popular tourist destination. In 2018, it was the 10th most visited country in the world. If you will be travelling to the UK for a holiday and would like to see more of the country, this article can help you. Below are ten beautiful cities to visit in the UK.

Bath is a gorgeous city with a large amount of stunning Georgian architecture. The city looks like a picture out of a fairy tale. If you enjoy strolling through cities filled with ancient architecture and old buildings, we recommend that you visit Bath while you are in the UK. Some places you need to see in Bath are; Pulteney Bridge, The Roman Baths, Bath Abbey and Prior Park Landscape Garden.
Book a hotel in Bath

Brighton is a lovely seaside city; The city does not have the classic medieval architecture that many old English cities possess. The buildings in the city have a mixed architectural style. However, many of the buildings are regency and Victorian style. Brighton also has modern style buildings that contrast with the old architecture. While in Brighton, you can stroll to the seafront of the city and stop at one of the bars, cafes or restaurants. You can also visit the Royal Pavilion, Lewes Castle and Brighton Museum & Art Gallery.
Book a hotel in Brighton

Edinburgh is the capital of Scotland, and In 2016, the city was voted 4th most beautiful city in the world. This historical city has an abundance of old buildings and monuments. The buildings within the city vary in architectural style. There is a variation of Georgian, Victorian and modern architecture in the city.

If you love historical buildings, some places to visit in Edinburgh include Edinburgh Castle, St Giles Cathedral, Palace of Holyroodhouse and Craigmillar Castle. If you would like to enjoy the Edinburgh festivals, you should visit in August.
Book a hotel in Edinburgh

Foreigners troop to Cambridge yearly because of the university. However, the city and the university have a lot of history. Cambridge is home to a world-famous university, and King’s College Chapel. These schools, as well as the entire city, have old buildings, and some of the buildings have a Tudor-like style. The city also has large areas of greenery that contribute to the charm of the city.

If you travel to Cambridge, here are some places to visit; The Fitzwilliam Museum, Cambridge University Botanic Garden, Bridge of Sighs and King’s College Chapel. The best way to see Cambridge is to join a walking tour.
Book a hotel in Cambridge

Initially a Roman fortress, red sandstone walls surround the city of Chester. The city of Chester has picturesque timber-framed buildings, stone streets and narrow alleyways that add to the charm of this old city. Some historical landmarks in Chester are Chester Cathedral, Hawarden Castle, Chester Castle: Agricola Tower and Castle Walls and Chester Roman Amphitheatre.

Some other places to visit in the city are Chester Zoo, Tatton Park, and you can take the ChesterBoat tour. If you are interested in sightseeing, you can tour the city by walking, bus or boat.
Book a hotel in Chester

The beautiful city of Durham is a historic city, and the roman style architecture adds to the romantic appeal of the city. Lovers of architecture and old buildings can take a trip to Durham and tour the city. The River Wear runs through the city of Durham, and where the river meets the city, there is lush greenery. Hence, this city is a perfect destination if you love nature.

Some places you can visit in Durham include; Durham Cathedral, Durham Castle, Prebends Bridge and Brancepeth Castle.
Book a hotel in Durham

Nottingham is a famous tourist city in the UK. The popularity of this city can be attributed to the story of Robin hood. Still, this is not the only reason people visit Nottingham, people have begun touring the city because of its beauty. There are picturesque parks such as Arboretum and Colwick Park within the city. Nottingham is an old medieval city with many historical landmarks dating back to the 11th century.

Hence, there are many places you can visit when In the city. Some of these places are; Nottingham Castle, The City of Caves, and Newstead Abbey. There are vibrant nightlife and an abundance of pubs in the city. If you are visiting Nottingham for entertainment, you will not be disappointed.
Book a hotel in Nottingham

The city of Oxford is known for the world-renowned university and the style of architecture dominant in the city. The architectural style in the city can make you feel as though you travelled in time. However, there are some magnificent modern style buildings in Oxford. If you want to see historical landmarks, this is an excellent holiday destination.

Some places to visit in Oxford are Blenheim Palace, Oxford Castle, Ashmolean Museum and University Church of St Mary the Virgin. Because this is a large city and because of the university, there is a wide range of outdoor activities to do in the city.
Book a hotel in Oxford

Wells is a small city close to Bath. The city is overlooked because of its size, but this historic city is a great travel destination. Wells, somerset is filled with old buildings, cobblestone lanes and historical landmarks. Some places you need to visit In this city are Wells Cathedral, Vicars Close, St Cuthbert’s Church, and Bishop’s Palace. Touring this city by foot is easy, and there are other activities you can partake in while you are in Wells. You can go golfing, horse riding and kayaking.
Book a hotel in Wells

The ancient city of York is charming. This medieval city has ruins from even the Roman era. The old homes, narrow stone streets, alleyways and timber-framed shops contribute to the beauty of the city. However, these are not the only things to see in York. Some attractions in the city are York Minster, Clifford’s Tower, The Shambles, and Jorvik Viking Centre.

If you would like to tour the entire city or see the many sites, join a tour bus or tour boat. If you enjoy nature, you can take a day trip to Yorkshire Dales National Park. York is quite famous for the beer made in the area. So, if you enjoy beer, you can sample the best beers in the city. York is definitely one of the beautiful cities to visit in the UK.
Get a Tour Guide in York

Note: The United Kingdom is not part of Schengen areas. Hence, you cannot use a Schengen visa to visit the country. 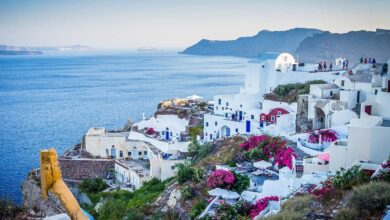 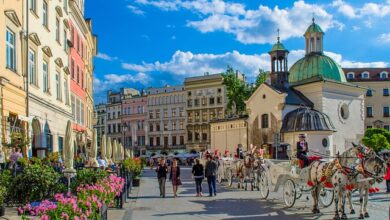